Nowadays, mobile phone is one of the most essential things of people. It takes much convince for people. The technology of mobile phone is increase rapidly everyday. Form 1st generation up to now, people want to build up a mobile

1G (First Generation) is the name given to the first generation of mobile telephone networks. These systems used analogue circuit-switched technology, with FDMA (Frequency Division Multiple Access), and worked mainly in the 800-900 MHz frequency bands. The networks had a low traffic capacity, unreliable handover, poor voice quality, and poor security.

1G - First Generation mobile phone networks were the earliest cellular systems to develop, and they relied on a network of distributed transceivers to communicate with the mobile phones. First Generation phones were also analogue, used for voice calls only, and their signals were transmitted by the method of frequency modulation. These systems typically allocated one 25 MHz frequency band for the signals to be sent from the cell base station to the handset, and a second different 25 MHz band for signals being returned from the handset to the base station. These bands were then split into a number of communications channels, each of which would be used by a particular caller. 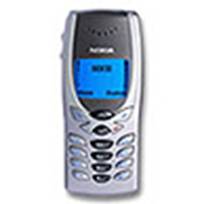 2G - Second Generation mobile telephone networks were the logical next stage in the development of wireless systems after 1G, and they introduced for the first time a mobile phone system that used purely digital technology. The demands placed on the networks, particularly in the densely populated areas within cities, meant that increasingly sophisticated methods had to be employed to handle the large number of calls, and so avoid the risks of interference and dropped calls at handoffs. Although many of the principles involved in a 1G system also apply to 2G - they both use the same cell structure - there are also differences in the way that the signals are handled, and the 1G networks are not capable of providing the more advanced features of the 2G systems, such as caller identity and text messaging.

In GSM 900, for example, two frequency bands of 25 MHz bandwidth are used. The band 890-915 MHz is dedicated to uplink communications from the mobile station to the base station, and the band 935-960 MHz is used for the downlink communications from the base station to the mobile station. Each band is divided into 124 carrier frequencies, spaced 200 kHz apart, in a similar fashion to the FDMA method used in 1G systems. Then, each carrier frequency is further divided using TDMA into eight 577 uS long "time slots", every one of which represents one communication channel - the total number of possible channels available is therefore 124 x 8, producing a theoretical maximum of 992 simultaneous conversations. In the USA, a different form of TDMA is used in the system known as IS-136 D-AMPS, and there is another US system called IS-95 (CDMAone), which is a spread spectrum code division multiple access (CDMA) system. CDMA is the technique used in 3G systems. 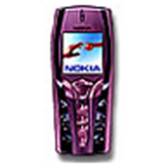 2.5G (Second Generation Enhanced) is a generic term used to refer to a standard of wireless mobile telephone networks that lies somewhere between 2G and 3G. The development of 2.5G has been viewed as a stepping-stone towards 3G, which was prompted by the demand for better data services and access to the Internet. In the evolution of mobile communications, each generation provides a higher data rate and additional capabilities, and 2.5G is no exception as it is provides faster services than 2G, but not as fast or as advanced as the newer 3G systems.

Some observers have seen 2.5G as an alternative route to 3G, but this appears to be short-sighted as 2.5G is several times slower than the full 3G service. In technical terms 2.5G extends the capabilities of 2G systems by providing additional features, such as a packet-switched connection (GPRS) in the TDMA-based GSM system, and enhanced data rates (HSCSD and EDGE).

These enhancements in 2.5G systems permit data speeds of 64-144 kbps, which enables these phones to feature web browsing, the use of navigation and navigational maps, voice mail, fax, and the sending and receiving of large email messages.

3G - Third Generation mobile telephone networks are the latest stage in the development of wireless communications technology. Significant features of 3G systems are that they support much higher data transmission rates and offer increased capacity, which makes them suitable for high-speed data applications as well as for the traditional voice calls. In fact, 3G systems are designed to process data, and since voice signals are converted to digital data, this results in speech being dealt with in much the same way as any other form of data. Third Generation systems use packet-switching technology, which is more efficient and faster than the traditional circuit-switched systems, but they do require a somewhat different infrastructure to the 2G systems.

Compared to earlier mobile phones a 3G handset provides many new features, and the possibilities for new services are almost limitless, including many popular applications such as TV streaming, multimedia, videoconferencing, Web browsing, e-mail, paging, fax, and navigational maps.

Japan was the first country to introduce a 3G system, which was largely because the Japanese PDC networks were under severe pressure from the vast appetite in Japan for digital mobile phones. Unlike the GSM systems, which developed various ways to deal with demand for improved services, Japan had no 2.5G enhancement stage to bridge the gap between 2G and 3G, and so the move into the new standard was seen as a solution to their capacity problems.

It is generally accepted that CDMA is a superior transmission technology, when it is compared to the old techniques used in GSM/TDMA. WCDMA systems make more efficient use of the available spectrum, because the CDMA technique enables all base stations to use the same frequency. In the WCDMA system, the data is split into separate packets, which are then transmitted using packet switching technology, and the packets are reassembled in the correct sequence at the receiver end by using the code that is sent with each packet. WCDMA has a potential problem, caused by the fact that, as more users simultaneously communicate with a base station, then a phenomenon known as “cell breathing” can occur. This effect means that the users will compete for the finite power of the base station’s transmitter, which can reduce the cell’s range – W-CDMA and cdma2000 have been designed to alleviate this problem.

The operating frequencies of many 3G systems will typically use parts of the radio spectrum in the region of approximately 2GHz (the IMT-2000 core band), which were not available to operators of 2G systems, and so are away from the crowded frequency bands currently being used for 2G and 2.5G networks. UMTS systems are designed to provide a range of data rates, depending on the user’s circumstances, providing up to 144 kbps for moving vehicles (macrocellular environments), up to 384 kbps for pedestrians (microcellular environments) and up to 2 Mbps for indoor or stationary users (picocellular environments). In contrast, the data rates supported by the basic 2G networks were only 9.6 kbps, such as in GSM, which was inadequate to provide any sophisticated digital services.

As the limitation of the 3G, people are try to make new generation of mobile communication, this is the 4th generation. This 4G system is more reliable,

Nowadays, some companies have started developing the 4G communication system, this technology can have a high uplink rate up to 200Mbps, more data can transfer in the mobile phone. So the 4G mobile can have more function such as work as the television. Some telecommunication companies claimed that they would applied this 4G system to the business and it will bring more convenience to people. 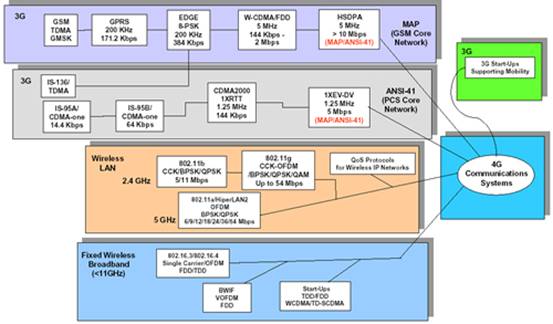